Coach Marhofer is an alumni of Katy High School where she played varsity basketball and soccer all 4 years. She was on the last undefeated district championship basketball team at KHS. She played basketball for Texas Lutheran University and graduated with a degree in education and kinesiology.

In 2002, she began her teaching and coaching career at Katy High School. She has taught Algebra 1, Foundations of Personal Fitness, PE, and Teen Leadership. She coached volleyball and basketball her first 2 years at the freshmen level, and then became the JV and Varsity assistant basketball coach for the Lady Tigers. The last two years her team has won district at the JV level. She was hired in 2015 to be the head coach of the Lady Tigers. “I love the calling that I have within the program and I’m super excited to see what the future holds!”

She is married to her husband David and they have 3 beautiful kids. These future Katy Tigers are Kaylea, Zoe and Asher. She feels extremely blessed to be able to do what she loves with the support of her family. 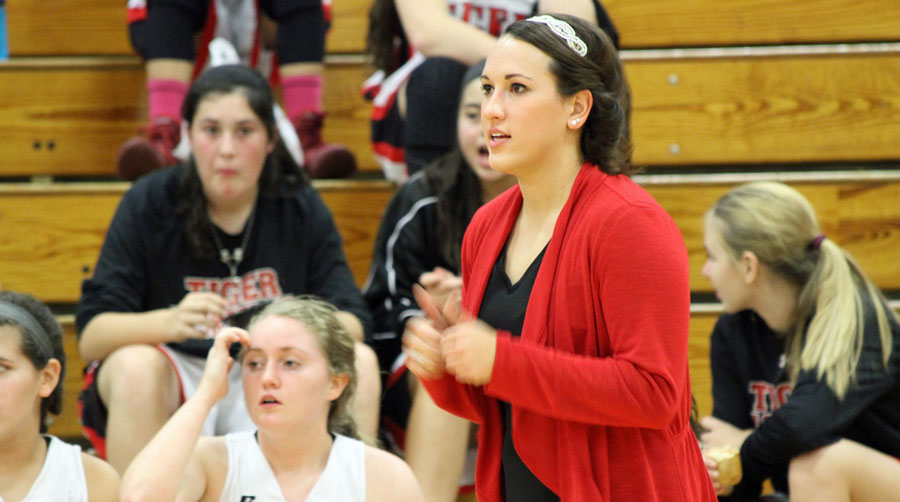 Coach Mital attended Frisco Liberty HS in her home town of Frisco, Texas. She graduated from the University of Massachusetts- Amherst with a degree in Kinesiology, where she also played shooting guard for the Minutewomen. She began her first coaching and teaching job at Katy High School in 2015. Coach Mital comments, “I am very excited to coach and teach at a special place like Katy High. I have a love for the game of basketball and am looking forward to sharing my knowledge and passion with this program.” In the 2018-19 school year, Coach Mital moved up to take the position of Freshman A coach.

I am in my 20th year of education and coaching. In my twenty years I have predominantly taught history. In addition to coaching basketball throughout my career I have also been a head volleyball coach and head softball coach spending sixteen of my twenty years in the Texas Hill Country.

I am married to my wife Mich who is an assistant principal at Morton Ranch JH, together we have 3 daughters Tori, Payton and Sydney. I am proud and blessed to be a part of such a great staff at Katy High School.

I grew up in Franklin, TX where I played basketball, volleyball and tennis for my school. Upon graduation, I attended Oklahoma Christian University and graduated in 2016 as a Math Education major.

My first job was in Millsap, TX where I coached JV volleyball, basketball and tennis. After a year, I moved to Thorndale, TX where I was the JV volleyball and basketball coach, Jr High basketball coach and the Head Track coach. I have always taught Algebra 2 with the occasional extra prep (for example, I now teach Alg 2 along with Algebraic Reasoning). This is my 4th year to teach and coach.

I have two of the best parents to ever exist, Jerry and Whitney! I have an older sister who is married and gave me 2 very perfect nephews: Beau and Jax. All 6 people can be seen at the games often! They’re my biggest fans. I’m also a mom to Otis Laverne Paceley, a German shorthaired pointer mix. Even though I haven’t been here long, I’m so thankful to be a Katy Tiger!